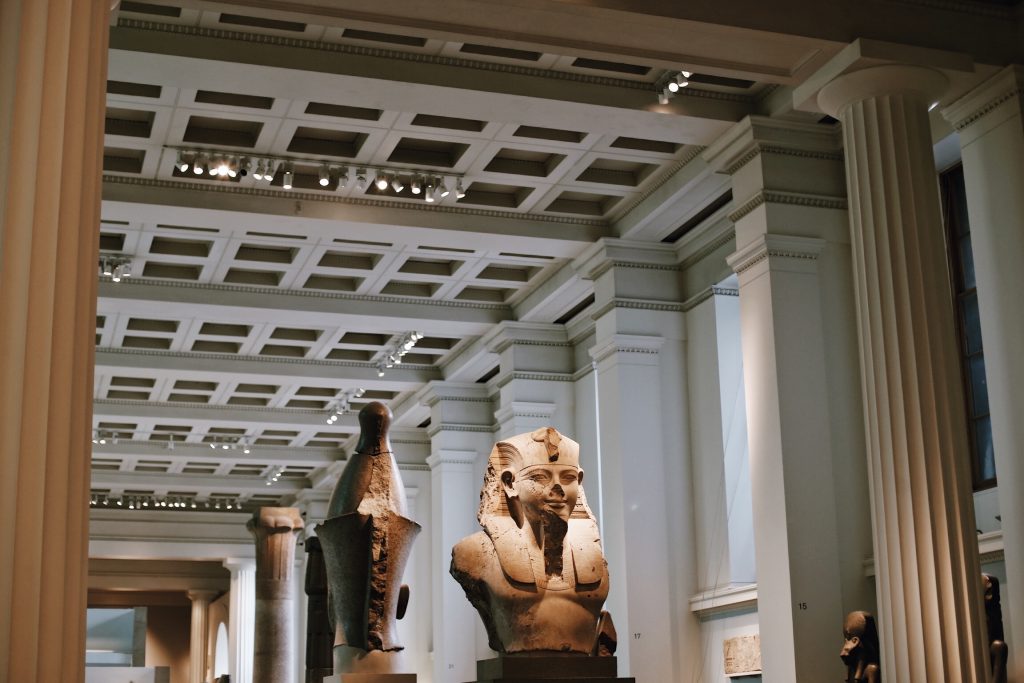 Upcoming Museum Exhibitions in London you Must See

London is home to many famous museums that houses a wide range of valuable collections from all over the world. These museums attract a large number of people to this city every year. In addition to the permanent exhibits each museum holds, they also conduct many temporary exhibitions based on specific themes. This article lists some of such exhibitions that will be conducted in some of the popular museums of London.

The British Museum has conducted several exhibitions over the years. It has shown enthusiasm to showcase the legend of some of the significant events and important personalities in the history. These temporary exhibitions offer a great opportunity for the visitors to learn more about historical events and heroes who left their imprints on the world history. This article will give you insight into an extraordinary exhibition that you should definitely see during your British museum tours. You will definitely like this exhibition which reveals the truths and myths about the legend of Troy.

Troy is a name which fascinated a lot of people over the years. The story of this wonderful city is still a mystery that the historians are trying to uncover. The legend of this great city has endured for more than 3,000 years. The story of Troy has inspired many great artists like Homer and Shakespeare and became a theme for many Hollywood films that fascinated people all over the world.

Many archaeologists and adventurers were in the quest of this lost city which is believed to have existed. The great heroes of Troy, the beautiful women and the Trojan War etc. still remain as pieces of a puzzle that is left unsolved.

Now the British Museum is hosting an exhibition to showcase a collection of things associated with Troy to reveal the myths and realities about this great city. The exhibition will be held from 21st November 2019 to 8th March 2020.

The Design Museum holds many objects associated with a wide range of subjects like fashion, industry, graphic, architectural design etc. The ground floor of this museum is entirely dedicated for conducting different temporary exhibitions and other programs like seminars, talks, debates etc. This museum conducts a large number of private and public events throughout the year. Now, the museum is holding a spectacular exhibition called “Moving to Mars”.

Moving to Mars is a concept that still excites human beings since the birth of science. This exhibition conducted in Design Museum will provide you a wide knowledge about how your life will be if you move to Mars. There are different films, models, diagrams, and samples exhibited here to describe how to get to Mars. The exhibition also provides information like how to dress on Mars, what to eat there, how to keep fit on Mars and where to live on Mars etc.

This exhibition is a great place where you can explore the future and possibilities of science. It will take you to entirely new surroundings as depicted in space-related movies. Science lovers would definitely admire this fantastic exhibition. The exhibition will last till March 8, 2020.

The National Maritime Museum is a wonderful place where you can learn about the past of London. The museum houses an enormous collection of objects related to British maritime history. The museum intends to provide a better understanding of British economic, political, social and cultural history. The museum hosts exhibitions to commemorate historical events and achievements. The Moon is one of such exhibitions going on here that is organized to celebrate the 50th anniversary of the moon landing.

It’s been fifty years since the first person landed on the moon. The National Maritime Museum is conducting an exhibition to celebrate this great achievement of human beings. The science and technologies have advanced to a great extent. This exhibition is a reminder of our journey from landing on the moon to exploring the enormous possibilities of the space. It showcases the milestones we have achieved in space exploration.

The exhibition depicts all the wonderful facts about the moon, from the superstitions that prevailed in the ancient days to the future of human settlement on Moon. You can learn about the scientific advancements that allowed us to understand more about our closest neighbor. The science has progressed from watching the moon with a telescope to launching satellites to the moon’s surface that allowed us to get an in-depth knowledge about the earth’s satellite.

This exhibition showcases a collection of over 180 objects related to man’s voyage to the moon. This is a wonderful opportunity to explore the secrets of the moon for those who are fascinated by space science. This ongoing exhibition will last until February 23, 2020.