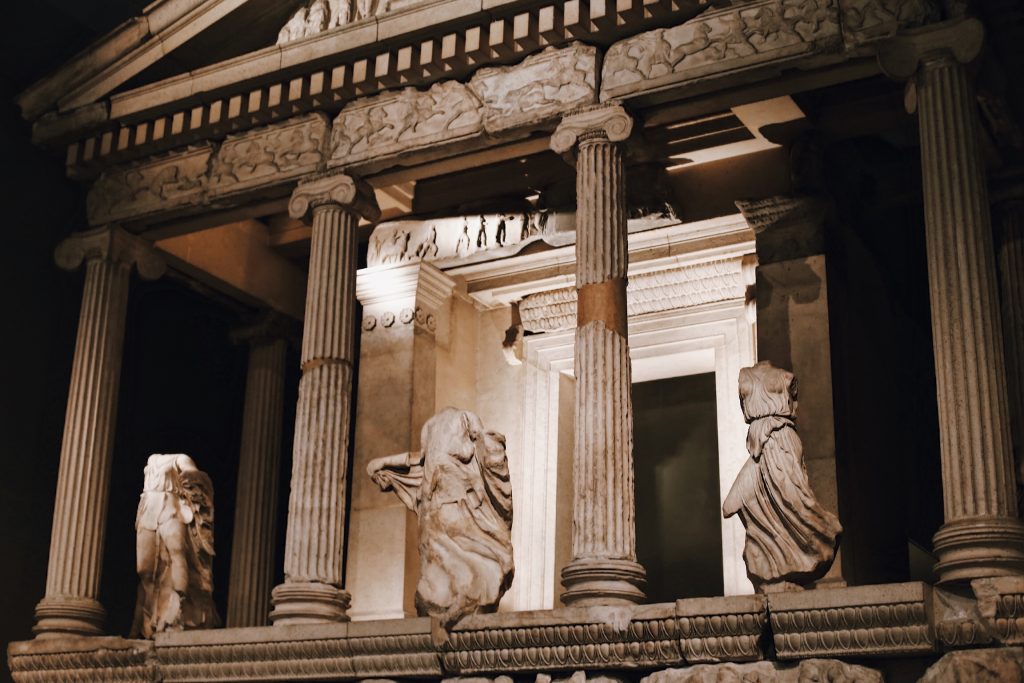 The British Museum is famous for its huge collection of artifacts. The invaluable Anglo-Saxon treasures that you could find in this museum came from the burial site of Sutton Hoo in Suffolk. Many ancient graves lie hidden in the grassy lands of Sutton Hoo, and one of the graves here belonged to an Anglo-Saxon warrior. A lot of impressive objects were uncovered from his burial site, which includes opulent gold jewelry, a splendid feasting set, Byzantine silverware, and an ornate iron helmet.

In 1926, the newlywed couples Frank and Edith Pretty purchased a beautiful and mysterious property called Sutton Hoo. The couple lived in their new home for nine years until the death of Frank by the end of 1934. Edith, who continued to live in that place, started getting interested in the burrows in her land. In 1937, she decided to get her property excavated and discussed the matter with a museum near Ipswich.

Basil Brown, who worked in the museum as an excavation assistant, took the task laid down by Edith. At first, Brown assumed that if at all any artifacts were buried there, it would have been looted by thieves. His initial disbelief was evident from his first dig in 1938; he was only able to find a few objects from the site.

In 1939, Brown changed his focus to the large tumulus burial. In this excavation, he constantly found a section of rust stained earth with nails arranged periodically. Later, Brown realized that it was an imprint of a huge ship, which was over 80 feet in length. The ghostly outline of the ship was clear and undisturbed even though the wood had decayed.

Charles Phillips, who was from the University of Cambridge, also joined the excavation, and together, they came to know that the grave robbers surely probed the site once. However, the thieves missed the treasure by a hair’s breadth, as they dug at the wrong spot.

The recovered collection included 263 Anglo-Saxon objects that comprised the famous full-face helmet, gold buckles, coins, weapons, and silver cutlery. The discovery proved that there were trade channels between the Anglo-Saxons and the mainland of Europe. In 1939, Edith Pretty donated the findings to the British Museum.