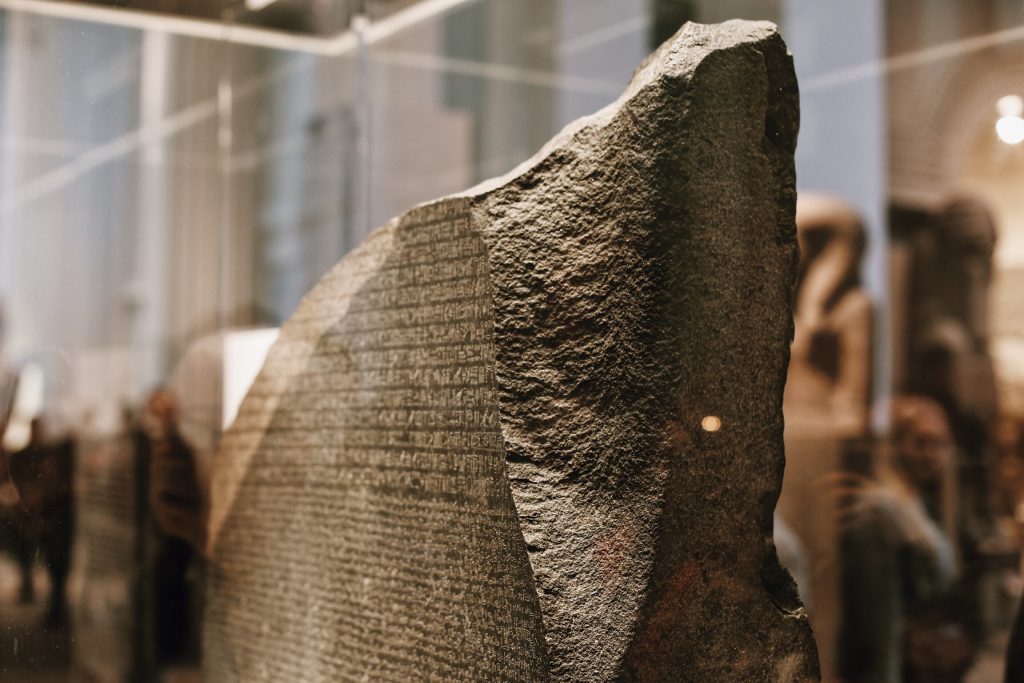 Some Interesting Facts about the Rosetta Stone

Found by the French Soldiers during their acquisition of Egypt in 1799, Rosetta Stone is a precious discovery in the history of mankind. The stone weighs around one tone and is covered in three sets of manuscripts. It provides insight into the hieroglyphics, the ancient Egyptian Script that had confused scholars and experts for many years. The stone has quite a rich history. Below is a brief description of the stone, which you can see on your British Museum tours.

The Rosetta Stone is a part of a larger stone which was erected inside a temple near el-Rashid (Rosetta), the place of its discovery. The script was written in 197 BCE, and it comprises of the expression of gratitude and respect to the loyalty of King Ptolemy V. He assumed the throne at an age of 5 and received coronation at 12. The script proclaims, “[He] has dedicated to the temples revenues in money and corn. And has undertaken much outlay to bring Egypt into prosperity.”

It Has Three Different Scripts

Although the stone is incomplete, it preserves three languages on it: the first is the hieroglyphics, the sacred script of the empire; the second one is Greek, which was the official language under Macedonian-ruled Egypt; and the third is Egyptian demotic, the common language. All three scripts announce the same message with slight variations. This was done to ensure that the message was widely circulated and read. Besides, this stone has been a great tool that helped scholars translate hieroglyphics that died out in the 4th Century. The message is read alongside Greek and is deciphered.

It Stayed for Centuries inside a Fortress Wall

Egypt’s temples were demolished in the 4th Century by the Roman Emperor Theodosius I. The places remained as the quarries for those who occupied the country. However, the French recovered the place in the 18th Century when it was found inside an Ottoman fortress.

French forces marched into Egypt with the sole objective of colonizing the country. During the process of reconstruction, Pierre-Francoise Bouchard saw a slab of granite poking outwards from the ground. Soldiers ran a thorough excavation of the site and found the stone. They later brought it to Napoleon for inspection, from where the British took hold of the Rosetta Stone.