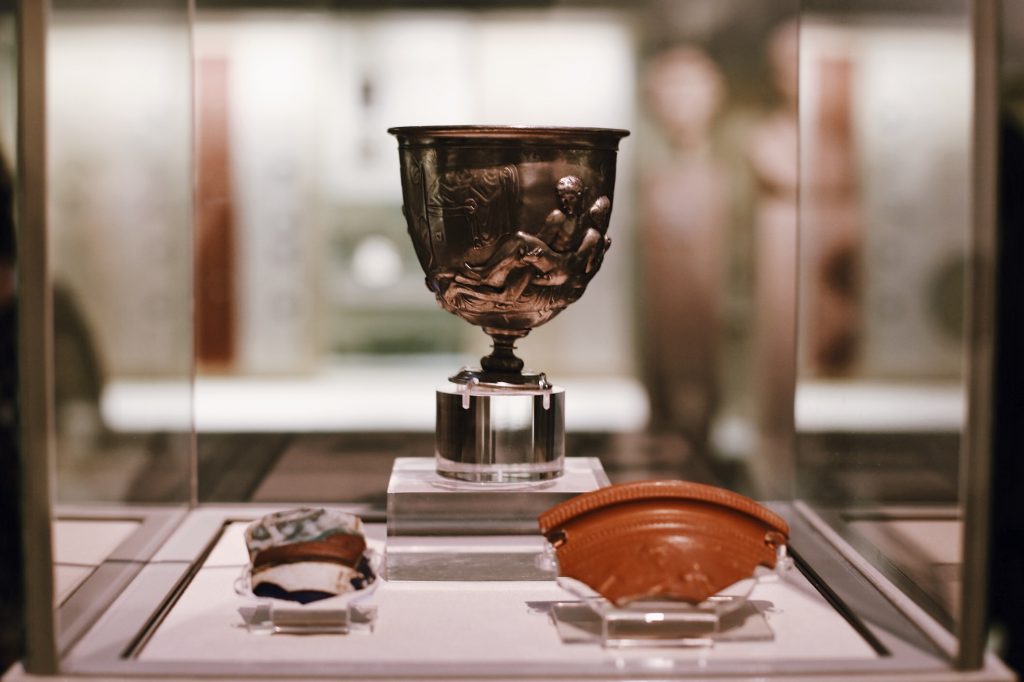 The Iliad is a poem on The Trojan War, but did it occur as narrated in this poem. The Helen of Sparta’s face is thought to have launched a thousand ships, but did this happen? Achilles’ only weak point is believed to be his heel, but is it the case?

The British Museum keeps fact apart from myth in its vast show on Troy, which will run through March 08, 2020.

The Greek people loved telling a mythical yet interesting tale, and this British Museum show entertains visitors with objects with nods to Homer’s poems, Odyssey and Iliad. The tales of these poems are told through amphorae, including one such jar that depicts Achilles killing Penthesilea while developing a liking for the Amazons queen. That decorated jar brings a different connotation to love hurts, a phrase which describes unrequited love, but you would perhaps expect that with Penthesilea.

The exhibition museum has striking reliefs, artifacts, and busts, including extraordinarily well-kept items, at every nook and cranny. This includes amphorae that show Achilles cutting off the head of Troilus, a Trojan prince, and lobbing it at oncoming warriors of Troy. Achilles demanded a dozen Troy natives be killed as a ritual at his warrior partner Patroclus’s funeral. Even Achilleus’s spirit recommended sacrificing virgin people for his Greek partners to have an unharmed trip back home. The real-life Achilles appears to be a less heroic man than the on-screen one played by Brad Pitt in the film “Troy”.

The city from The Iliad was demolished and built again several times. There was a conflict between Greek and Trojan kingdoms, but no smoking horses to imply that the war took place at all. Nevertheless, the last stretch of the British Museum show is about the myth of this war, plus how it influenced various cultures.

Even in old periods, the myth had dispersed with the Trojan War story depicted on a Pakistani piece of sculpture in relief. Romans would usually travel to Troy because it was thought that Rome’s founder namely Romulus was a Trojan descendant.

There is enough stuff for at least three expos, so undoubtedly, a British Museum walking tour through the show galleries will be worth your time. Although the war may not have occurred as narrated in The Iliad, this exhibition has several pieces of history and stories for you to chew on.